EagleMed is a privately owned and operated critical care transport service that has been in business since the transport of our first patient on September 1, 1981. We offer services to the entire state of Kansas with six Beechcraft King Air fixed wing aircraft and twelve Eurocopter A-Star AS350 rotor wing aircraft EagleMed has bases in Hays, Chanute, Dodge City, Garden City, Goodland, Pittsburg and Wichita, Kansas, Ardmore, Hugo, Oklahoma City, Stillwater, and Tahlequah Oklahoma, and Joplin, Missouri. 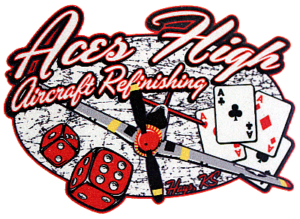 At Aces High Aircraft Refinishing, we can get you back up in the sky looking better than ever. We will paint and refinish your plane in our world-class paint facility. Located in a hangar at Hays Regional Airport, you won’t have far to go from runway to our facility.